This is some blog description about this site
Print

Why Your Emotional Intelligence Matters and 4 Ways To Improve It How do our actions at work affect our success? The truth is, no matter how smart or skilled you are, your career can be derailed if you just rub people the wrong way. The good news is anyone can apply a few simple tools to improve how they're viewed by others. It all starts with becoming self-aware.

Lynda (a real client, different name) is a highly educated, highly skilled professional in her early 30s who moved across the country to start her new dream job. Six months into the position, she nearly quit out of frustration. Her colleagues didn't seem to acknowledge or appreciate her high IQ and skills. She was told by a trusted source that she was seen as “too pushy.” When Lynda asked questions, senior executives thought she was issuing a challenge rather than seeking information. During stressful situations, she often lost her calm demeanor, and eventually, was demoted. A crushing blow.

Rather than quit, Lynda began to focus on how to change her behavior, as well as her perspective. Within three months, she had corrected her course and began receiving praise from executives and colleagues alike. She had started to tap into her emotional intelligence.

EI (emotional intelligence) is the ability to identify and manage the emotions that affect your behavior as well as others. People with high EI tend to be more successful.

According to Daniel Goleman, a leader in the field, people can improve EI by focusing on self-awareness, self-management, social awareness and relationship management. For more on this, see “Emotional Intelligence: How Competent Are You?”

So how can you become more emotionally intelligent? Here are four steps to get started.

1. Self-Awareness: Become more aware of your emotions, strengths and weaknesses.

Begin by identifying your values and how they influence your behavior. While it’s important to honor your values, how you do that can result in negative actions and bad decisions.

Lynda, who valued justice, fairness and truth, found herself often fighting for those values in a culture that rewarded being compliant and accepting the status quo. When she became aware of how her emotions were interfering with her effectiveness, she began to change her behavior at work by focusing on another value: to be recognized for her skills.

How do you know if your emotions and behaviors are affecting your effectiveness? People often don’t get feedback and have a view of themselves that’s out of sync with how they’re viewed by others.

For example, a study from the Columbia Business School found that people don’t know how counterparts see their assertiveness. Many people believe they come across appropriately. Viewed by others, they can be seen as too pushy or too passive. Those who felt they were over-assertive or under-assertive were actually viewed as the opposite.

Find out how others view you by getting feedback from your boss, colleagues, customers, and even friends and family. How you’re viewed outside the workplace is often consistent with how you’re viewed on the job. If you want another perspective, engage with a mentor who sees you in action or a business coach who can get and give feedback confidentially.

2. Self-Management: Improve how you manage your emotions and behaviors.

Create a vision of what you ultimately want in life...use that as a guide for how to react to situations. Lynda visualized herself ten years from now. Whenever she became stressed about a work conflict, she would take a deep breath, and imagine her “future self” – how that person would behave under stress with a calm, cool demeanor.

Another approach is to adopt a different perspective about what you want from your current job. If your perspective is to always look for what’s wrong and recommend improvements — which can be very useful in some cultures — it may be better to adopt a view to go with the flow, get through each situation, and find the best way forward with the current circumstances.

3. Social Awareness: Become more aware of what motivates others and consider what it’s like to be in their shoes. 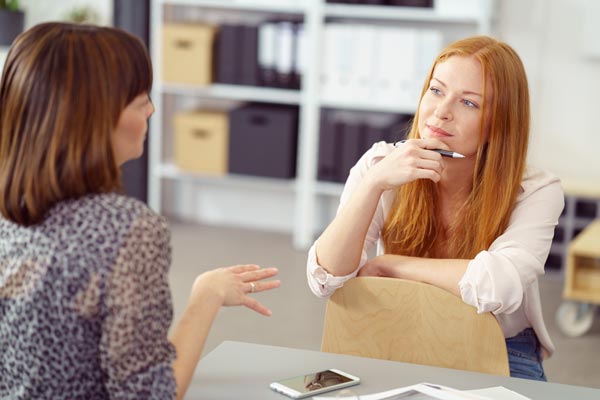 Identify the people who have the greatest influence on your career and really get to know them. Start by actively listening not just to what they’re saying, but how they’re saying it...what’s going on inside, behind the words. Ask about their life outside of work...find out what kind of challenges they’re facing on top of work demands. Try putting yourself into their situation and how they view the world. Identify what makes them strong and appreciate what you can learn from those strengths.

4. Relationship Management: Focus on managing relationships with those who have the most influence on your career in order to influence their view of you.

Lynda created a relationship map so she could gather information – such as strengths, weaknesses, professional and personal goals, family situations – that would be most useful in helping her influence others. When she knew opportunities were coming up for conversations, she could tap into her map for reminders.

In one case, Lynda learned about a female executive’s plans for extracurricular research and volunteered to help. In turn, the executive offered to help Lynda with her business plan for accomplishing a long-term goal.

How likely is it you can develop your emotional intelligence? It depends on how willing you are to be honest with yourself and to work at making changes. The results can be tremendously worthwhile: better relations with coworkers and bosses, more adept at managing stressful situations, and a better shot at influencing others to advance your career.

Is your emotional intelligence sharp enough?

Fill in the form below to download a free Emotional Intelligence Quiz. It’s a fun and easy quiz on old-fashioned paper, so you can do what you want with the data. It gives you a quick look at your EI strengths and where you might be able to improve. You can also ask others to take the quiz about YOU so you can compare your answers with their view of you.

Your information will not be shared with or sold to other organizations.

Tweet
What Is Business Coaching and What’s In It for You...

Wednesday, 01 November 2017 Why Your Emotional Intelligence Matters and 4 Ways To Improve It
Thursday, 07 September 2017 What Is Business Coaching and What’s In It for You?
Sunday, 30 July 2017 5 Steps to Dealing with Adversity

No comments made yet. Be the first to submit a comment 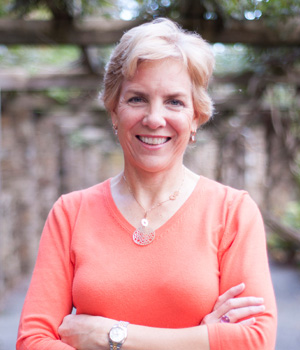 For over 20 years, Monica has coached successful professionals in various fields and consulted with organizations – from multinational companies to small business owners.